Even if you live in a region with winter seasons. Solar energy is an amazing way to reduce your electricity bills and take steps towards energy independence. While the winter seasons have sunlight and cool temperatures that are ideal for solar panels to run efficiently. Snowfall will land your solar panels, partially or even completely covering your solar panels from any sunlight. Another issue caused by snowfall is large chunks of snow sliding off your panels, potentially damaging your property or causing injuries. We’ll explain how snow guards will help prevent this issue from occurring with your rooftop solar panels during the winter.

How does snow interact with your roof and solar panels?

Snow behaves differently when landing on your roof or solar panels. Most homes in the United States have roofs that are made from asphalt composition shingles. What makes these shingles different is that they have a rough surface that gives your roof friction. The reason for having friction on your roof is that the snow will fall on the rough shingles and accumulate on them. The rough texture will help the snow and ice buildup cling to the surface. This allows the snow and ice to melt away when temperatures rise, instead of sliding off your roof in large chunks.

When it comes to solar panels, they are the opposite as they have a smooth glass surface that has barely any friction. This allows the melting snow and ice to act as a lubricant that melts under the buildup. With an entire load of snow and ice now frictionless, it will all end up sliding off your panels and roof at once. 12 inches of snow will weigh roughly 9.39 pounds per square foot. Solar panels can handle up to 800 pounds of weight on them. With that much weight, anything below the falling load can become damaged. Whether it would be your gutter, landscaping, outdoor furniture, or maybe even your vehicle. You can imagine what a load of snow could do to a person standing underneath. This is why snow guards are a helpful safety addition for winter homes with solar panels.

Solar panel snow guards will function as barriers and can be installed between or on the edges of your solar panels. They catch the snow that would slide off your solar panels. Preventing them from going any further down and off your roof. They will allow small amounts of snow to fall at a time, or even all of the snow in place to melt away.

Snow panels are best installed during the initial installation of your solar energy system. This way, you don’t have to go through the additional effort and cost of installing them separately. Snow guards are an easy installation as they just require an extra step. Opting for snow guards earlier will allow us to design a system that can handle snow build-up with appropriate angles to let the snow shed away. 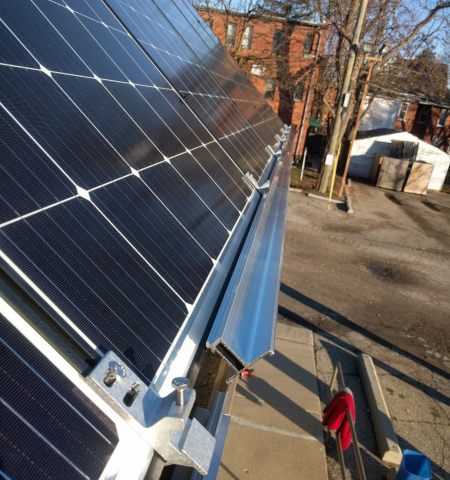 They are different types of snow guards you can install on your solar panels or even on your roof. Companies such as Alpine SnowGuards, S-5! and SnoBlox have devices that either mitigate snow buildup or collect any snow that slides off your solar panels.

Alpine SnowGuards has two products that manage snow buildup on your solar panels. The Solar SnowMax is a low-profile snow guard that is installed with a screw-on clamp and prevents snow from sliding off your roof. It’s made of aircraft-grade aluminum and can be used in either portrait or landscape-oriented solar panels.

Another product is the Solar Snow Dog, which is a 6-inch block made from aircraft-grade aluminum that can be used in both portrait and landscape orientations. This product allows the snow to slide off your panels, although in a slower and more controlled manner. It is secured with T-Nut installed in the horizontal joints between your solar panels.

S-5! is a company that specializes in metal roof attachments. The ColorGard is a snow guard that is compatible with standing seam and exposed-fastened metal roof profiles. It can come with matching colors and finishes to suit your metal roof. It attaches using S-5!’s patented clamps utilizing round-point set screws to grip the seams without penetrating or damaging your panels. 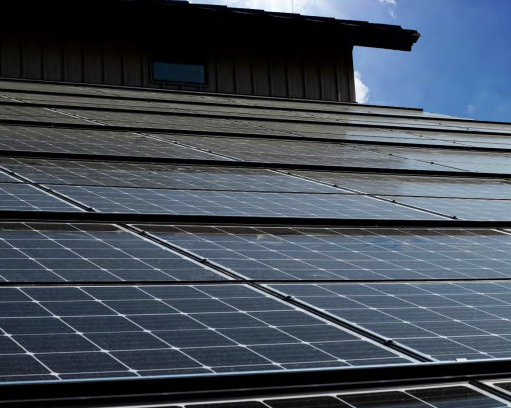 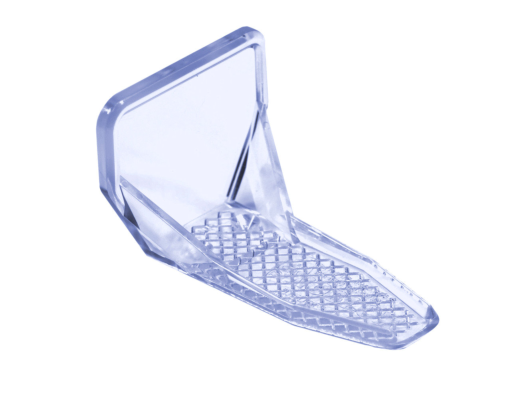 Should you consider installing snow guards for your solar panels?

If you’re living in a state or area with little to no snowfall such as Florida and Arizona, installing snow guards won’t be a concern. Even with regions that have snowfall during the winter months, the snow that builds up won’t last long enough to accumulate and slide off. This is mainly due to solar panels being dark, which causes the snow to melt quickly and avoid buildup and the mini avalanches that happen.

Areas with snowfall and likely chances of heavy snowstorms should consider getting snow guards. Snowstorms can leave several inches of snow in a short amount of time. This is where you’ll see a large amount of snow build-up and higher chances of the snow releasing off your solar panels. Homes with metal roofs should especially consider installing snow guards, with the metal surface having less friction compared to asphalt composition shingles.

When it comes to the cost aspect of purchasing and installing snow guards, they are relatively low-cost in comparison to other upgrades. You should consider snow guards as a safe investment rather than a performance investment for your system. Having the peace of mind knowing that you avoided a mini avalanche hurting someone, or destroying your property is worth every penny.