Why do New Mexico homes have flat roofs?

To explain why homes in New Mexico have flat roofs, we’d have to take a short history lesson. The architectural designs of the homes in New Mexico date back to the ancestral Puebloans, the Anasazi. They originally built their homes out of stone and mud at the bottom of canyons and inside caves. These materials and construction methods would become the Pueblo-style adobe architecture and serve as a basis for traditional New Mexican homes. Their recognizable features included their flat roofs with soft, rounded edges. Materials such as sun-dried clay bricks, grass, mud, and adobe make up these homes.

As time went on with the opening of the Santa Fe trail in 1821 and the gold boom of 1860, the influx of settlers brought more architectural styles. Spanish influence also added elements to the Pueblo style. Later Grecian and Victorian influences were brought from the middle U.S. to create the Territorial-style architecture. These two forms of architecture are most common in New Mexico. Modern homes are made with wood frames, plasterboard, and alternative materials.

With an understanding of why New Mexico’s architecture leans towards flat roofs, you’ll want to know how they work with solar.

The way ballast mounting works is by weighing down the solar panels to keep them in place. The weights come in the form of concrete ballasts that sit on top of the mounts. The advantage of this form of mounting is that it prevents wind lifting and the need to drill holes into your roof. This installation method would be much more straightforward and avoid the need for a roofer. It would also cut down on any risk of leaks coming through your roof. It will also make it easier to do any cleaning or maintenance on your solar panels.

However, ballast mounting will still need to be checked, especially if the concrete ballast starts to degrade and need replacing. You will have issues with more dirt and dust getting on your panels. This is due to the reduced angle compared to pitched roofs which allow the dirt and dust to wash off in the rain. 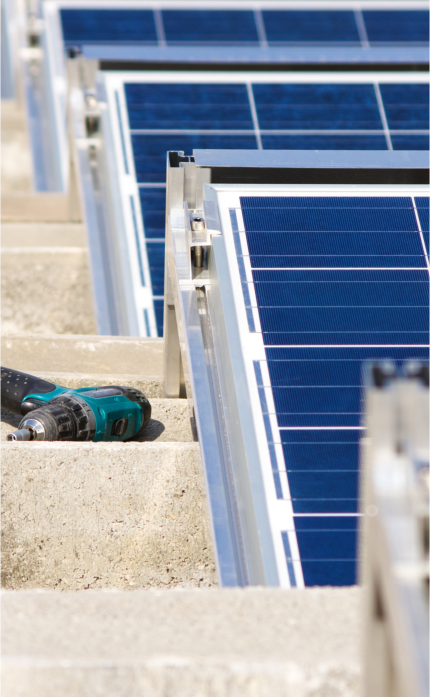 This is where flat roofs become a downside for your solar energy system. If your panels have only a slight amount of pitch or are flat. They won’t be able to produce as much power as a system on a pitched roof. Solar panels are generally mounted facing southwards with about a 30% tilt to absorb the most amount of sunlight. Unless you have a mounting system that allows your panels flexibility for tilt and adjustability, your energy production and efficiency may not reach that of a pitched roof system. 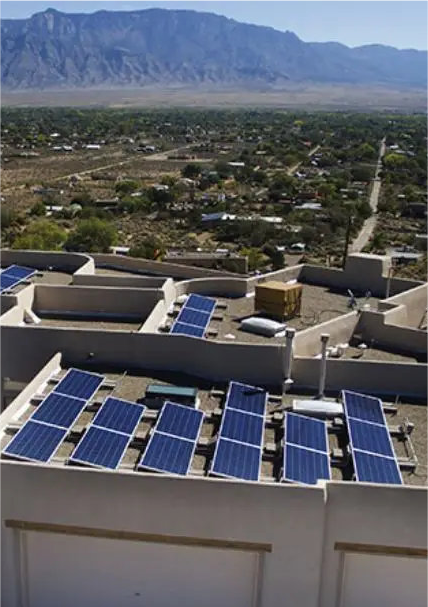 Why is New Mexico so suitable for solar energy?

The climate and geographic location of New Mexico make it suitable for solar. New Mexico’s weather is sunny, although it doesn’t reach the high temperatures of other states in the country. These conditions are ideal for solar, with long daylight hours allowing for plenty of energy generation, and cooler temperatures to avoid drops in inefficiency. New Mexico also offers great incentives for solar energy, including property and sales tax exemption for solar. All the more reason to go solar if you’re living in New Mexico. 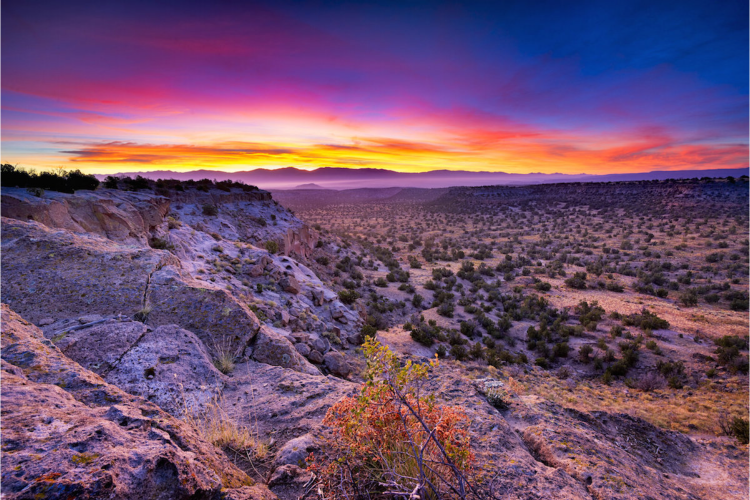