Cutting down trees for solar, what to consider

One of the benefits of solar energy is offsetting your carbon footprint for energy consumption. While solar is great for the environment. Installing a solar energy system can require you to do a bit of harm to the environment. The reality is that trees can block sunlight from reaching your solar panels. If they block your solar panels, you will need to either trim their branches or cut them down entirely. While this goes against the idea of being eco-friendly, it may be a necessary sacrifice in the long term.

The role of trees in the environment

Cutting down trees can negatively affect the environment, that is very clear with all of the research published and available today. We tend to quantify the impact of environmental destruction by the number of trees cut down. Trees absorb carbon dioxide (CO2), which is a major greenhouse gas in the atmosphere. The carbon dioxide is turned into sugars and oxygen with the help of the sun. This process is called photosynthesis and it’s how plants sustain themselves and grow.

Trees around the world act as large filters for carbon dioxide and other greenhouse gases. As trees are cut down, the amount of greenhouse gasses absorbed into oxygen is decreased. This leads to a rise in global temperatures and climate change. A single tree on its own can store up to 0.6 metric tons of carbon dioxide equivalent (CO2-eq) over its lifetime. According to research done by OneTreePlanted. The average tree absorbs an average of 10 kilograms, or 22 pounds, of carbon dioxide per year for the first 20 years. That amount multiplied by an entire forest can lead to tonnes of C02 and other greenhouse gases absorbed. Larger trees are much more effective than younger saplings at absorbing C02.

How can solar offset the impact of cutting down trees?

Cutting down a tree will reduce nature’s capability to reduce carbon dioxide emissions. While solar energy is a renewable resource, it’s still made up of components that contribute to greenhouse gas emissions through manufacturing and installation. According to CarbonBrief, The lifetime footprint of solar energy results in 6 grams of CO2 equivalent emitted for every kilowatt-hour of energy produced (6gCO2e/kWh). Coal (109g), gas CCS (78g), hydro (97g), and bioenergy (98g) result in much higher emissions, while nuclear and wind power barely inches out solar at (4g) each.

A solar energy system is expected to last about 25 to 30 years. Depending on the quality of the system and its components. Hypothetically, a 12kw solar energy system could produce between 45 to 65 kWh of energy in a day. This means that the 12 kWh system can emit between 270 to 390 grams of CO2 equivalent per day and 99 to 142 kilograms per year. The system reaches 30 years of use, it could emit between 2.96 to 4.26 tonnes of C02. While these numbers seem high at first glance, the system would have produced between 492750 to 711750 kWh of energy over its lifetime.

If the same amount of energy was produced by coal in a day, the amount of CO2 equivalent emitted would be between 4.9 to 7.1 kilograms in a day. Between 1.79 to 2.6 tonnes in a year and between 53.7 to 78 tonnes of CO2 equivalent over 30 years. To put that into perspective, over thirty years, that’s 18.3 times more CO2 equivalent emissions than going solar. This massive reduction in emissions is the goal of solar energy. While it’s not completely possible to remove emissions, reducing emissions wherever possible is the best course of action. 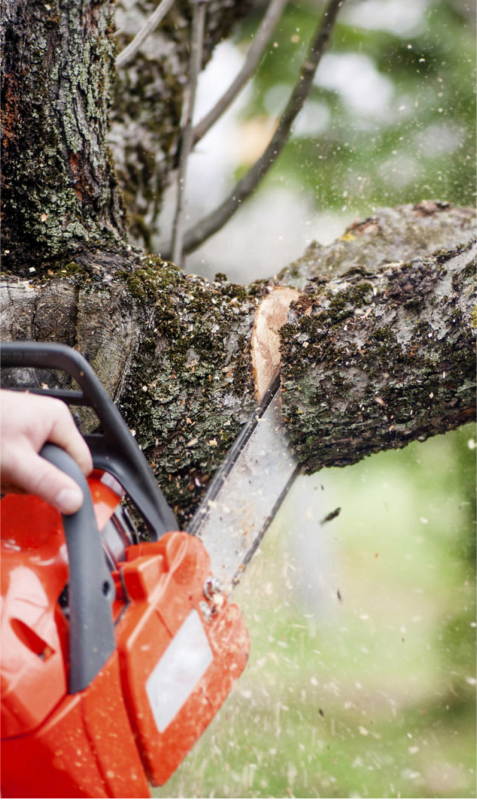 While these values are estimates based on various pieces of data, the number of emissions your system will reduce will depend on a variety of factors. Including your system, the amount of sunlight in your location, the weather, the cost of electricity in your area, and the way it’s generated.

What to consider when removing a tree from your property?

While greenhouse gas emissions are the big picture in terms of trees and environmental impact, you also have to consider your property and the existing environment. The effects of tree removal can affect different aspects of life on your property.

One of the first considerations is financial, as the removal of a tree can cost between $200 to $2000. The cost of tree removal will depend on the size and height of the tree, the number of trees, your location, and the chosen landscaping company. While this cost can seem steep, it’s one of the included costs when installing your solar energy system. You will want your system to be fully functional as it is just installed. This will also be factored into your payback period with the savings you will benefit from solar.

Changes to aesthetics and quality of life

Cutting down trees on your property is a major change to the look and feel. You may find that this is also a reason to get rid of a pesky tree whose leaves keep going into your gutters. Another reason is that trees have pollen that triggers allergies during the spring. Although the negatives can be the shade reduction, the absence of wildlife living in the trees, and maybe even some personal nostalgic value. Cutting down a tree is a tough call to make. But when it comes to the potential energy savings and greenhouse gas reductions, it’s worth making that call. 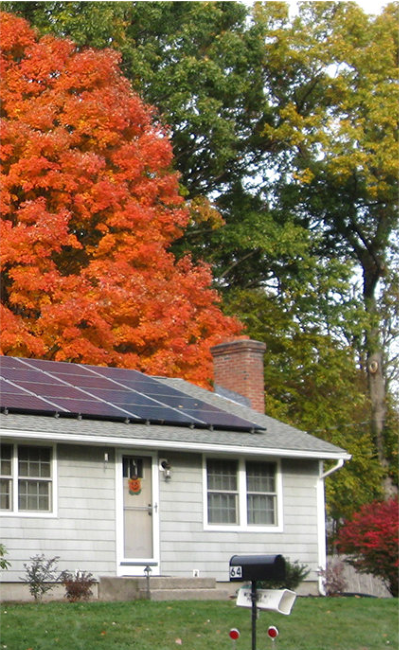